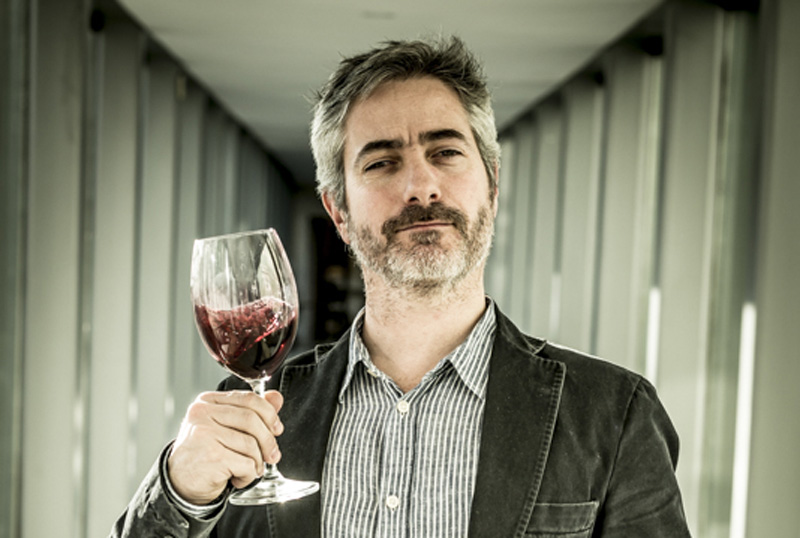 He wasn't acting, but not even at the table, actor António Machado drops his mood. He who makes us laugh whenever we see him on television screens making comic roles. It's a good fork and a good glass but still twists your nose to some dishes. And there's no one who takes him out of a good tertulia with his friends. It's because we like eating and drinking well, we invited him into this conversation.

He was born in Lisbon but always lived on the Cascais line in São Pedro do Estoril. The mother, nothing given to cooked, and her father much less, delivered this role to the maids, who prepared meals for the family. "They were simple but tasty dishes," says António Machado, "like spaghetti bolognese, steaks with french fries, fish souflés or the famous chicken to the sissy, with a lemon stuffed by the tail" (laughs). I liked all these dishes, but there were some i couldn't even see, especially peas with poached eggs, which I hated. His mother tried to make him oblige, but the food didn't go down his downhis. Not this dish, not so many others, like octopus, broad beans or mushrooms. It was weird with my mouth, so. And to this day it maintains these pet hates.

It wasn't until you left home to live alone that you started waking up to other flavors. I was going to have dinner at the home of friends who cooked well, but also discovered jamie olivier's television shows and books. And he ventured to cook: "I didn't even know what a sautéed was first" (laughs). 'Having bought a kitchen robot helped, although my first experience - a lemon mousse - didn't get much. I should have bought evaporated milk, but I was wrong and bought milk powder... the machine started making weird noises and dessert got a mess" (laughs). Finally, when she got married, she had the woman's luck cooking well, and she also learned something.

In the wines, the same route happened more or less. He drank himself at his house, but no special wines. Only when he started dinner with his friends began to realize that after all, there were better wines and tried to go tasting those he didn't know whenever an opportunity arose. The turning point occurs when he goes to a friend's house and proves two reds that impressed him, one Portuguese douro (Roquette & Cazes) and another from Ribeira del Duero (Aalto). From there he began to read more about wines, to sign magazines on the subject and to go to fairs. "Besides, I have a great friend with whom I also learned a lot about wine, and who is my companion in these ways, my colleague and actor João Didelet," says António. He also took some courses, the first, unforgettable : "I tasted 22 reds and 16 whites and the course was given by the winemaker Paulo Laureano. From then on I became very refill in restaurants. I refilo when the glasses are bad or the temperature is not correct. If the red is hot, I'll have the footbroken come. I make the family embarrasses" (laughs).

He likes all regions, as long as they're dealing with good wines. "I've been through several phases. I passed the Douro, the Alentejo, which are better known regions, but I like to do new experiences. For example, I was recently surprised by the Algarve! And I've also tasted some interesting Bairrada." As for castes, he likes both nationals and internationals. "I love whites prepared with Viognier or Sauvignon Blanc. But I also like the Verdelho caste. In the reds, I have been tasting the Baga, and discovering more wines from Touriga and Castile. And from Alicante Bouschet which, although it is a French caste, is almost Portuguese, since it has adapted so well here!", he concludes.

António Machado (july 10, 1973) is a Portuguese actor and copycat. He took out the theatre course at IFICT in 1992. His first television work was the presentation of the 'Disney Club' to RTP from 1994 to 1996. He was a member of the 'Counter Information' voice team from 96 to 2004 and entered numerous television ads and series. He was part of the cast of rui vilhena's 1998 'Canção dos Oceanos'; 'Don't forget to pull the toilet', by Rita Fernandes, in 2003; 'Let me Laugh' (with an imitation of Barroso) in 2004, staged by António Feio at teatro Villaret, and also '2 Amores', in 2007, staged by António Feio and also at Villaret. He participated in Hora H, herman josé and in the fixed cast of the RTP1 series, 'Welcome to Beirais'. He also entered the play 'Filho da Treta' in partnership with José Pedro Gomes, between 2016 and 2018 and, through, in the novel 'Espelho d'Água', sic. He is currently part of the play 'Make Up Man' with João Didelet. He has been collaborating for 13 years with Manuel Marques under the Portugueseex radio (Antena 1). It folds cartoons and touches drums. And it still animates events and plays dj. Keep drinking wine.