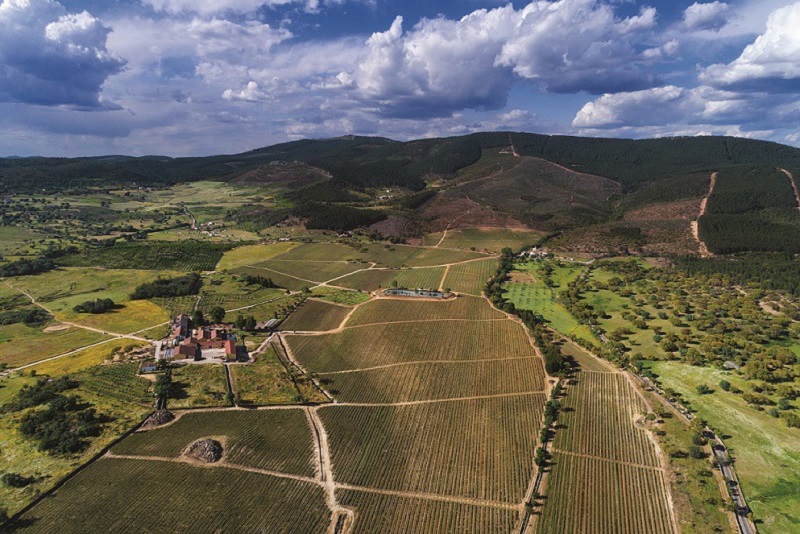 It is in Portalegre, next to the Serra de São Mamede that the Symington is producing their first Alentejo wines

The Symington family, the largest owner of farms in the Douro, recently left their 'comfort zone' when buying a property in the Alentejo inserted in the Natural Park of the Serra de São Mamede, sub-region of Portalegre. For those who walk in these wine ways, he certainly knows the previous project that he had, at the time belonging to producer and mechanical engineer João Lourenço, who, supported by winemaker Paulo Laureano, developed his passion for wine. A few years later, professional and personal issues led him to have to sell the property, ending the Symington - after a 'long courtship' - for acquiring it.
The first wines were vinified in the existing winery of the property, which has benefited from profound modifications since the acquisition in early 2017. The result has now been on sale on the market since the beginning of summer 2019. And there are two new brands: One is called Florão (white and red, both of 2018) and the other Quinta da Fonte Souto (white, red and red Vinha do Souto, the three of 2017), the latter two being the most structured and complex.

Despite the differences that separate them, there is a common point among all that is freshness. The vineyards of Quinta da Fonte Souto are located between 490 and 550 meters of altitude, which make them benefit from fresh nights, determinants in the final cycle of grape maturations. The board of oenology is Charles Symington, who has the support of José Daniel Soares, working for the company for eight years and who, however, was transferred to alentejo as a resident winem
aker. The wines are really good, white and red, but I confess that my choice hung more for the first ones. From the simplest (the Florão, elaborated as with Arinto and Verdelho in equal proportions, without wood, good acidity and with an incredible structure and complexity) to the most complex (the Souto Fountain, with 75% Arinto and the rest of Verdelho, with part of the fermentation in barrica and wooden stage) it is worth tasting both to see the differences.
As for red lovers, as in whites, complexity about gradually. The Tinto Quinta da Fonte Souto is the densest, most structured and engaging of them all, a wine that surprises, prepared mostly with Alicante Bouschet and Syrah, and aged 80% in new and used French oak barrels. Well, very good.